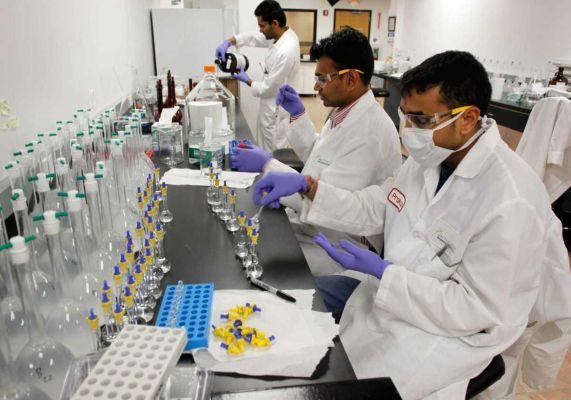 The pharmaceutical industry is one of the most dynamic and powerful sectors in Bangladesh.  It is technologically one of the most developed manufacturing industries and currently contributes about one percent to total GDP with great potential for expansion.  Total domestic healthcare expenditures are currently approximately three percent of GDP, offering substantial opportunity for domestic pharmaceutical sales in addition to exports.  Increased education levels, enhanced awareness of healthcare, growing per capita incomes, the emergence of private healthcare services and the government’s expanding public expenditures in this sector continue to stimulate a rise in demand.

Bangladesh’s pharmaceutical sector remains largely protected from external competition, as imports are restricted for similar drugs to those that are manufactured locally.  The World Trade Organization's (WTO) Trade-Related Aspects of Intellectual Property Rights (TRIPs) agreement permits Bangladesh to reverse-engineer patented generic pharmaceutical products to sell locally and export to markets around the world.

The TRIPs agreement is turning Bangladesh into a hub for affordable and high-quality generic medicines and contract manufacturing, with exports to potentially more than 85 countries across the world.  More than ten leading Bangladeshi pharmaceutical companies are exporting generics to international markets.  Some of these companies are also emerging as competitors to Indian firms in certain areas.  Bangladeshi pharmaceutical companies are investing heavily in upgrading manufacturing plants and obtaining certifications from the United States, Australia, Canada and Europe.  Beximco Pharma and Square Pharma both successfully completed FDA inspection of their oral solid dosage manufacturing facilities and received notification in June 2015.  The top-ranking companies have already developed world-class pharmaceutical plants with state-of-the-art technology.

Bangladeshi pharmaceutical companies focus primarily on branded generic final formulations, using both imported and domestically produced Active Pharmaceutical Ingredients (APIs).  About 85 percent of the drugs sold in Bangladesh are generic and 15 percent are patented drugs.  Bangladesh manufactures more than 450 generic drugs for 5,300 registered brands, which have 8,300 different forms of dosages and strengths.  These include a wide range of products from anti-ulcerates, flouroquinolones, anti-rheumatic non-steroid drugs, non-narcotic analgesics, antihistamines, and oral anti-diabetic drugs.  Bangladesh also produces high-tech medicines such as anticancer treatments, hormonal products, enzymes and coenzymes on a limited scale, but it is currently only able to meet four percent of local requirements.

The Directorate of Drug Administration (DGDA), the national drug regulatory authority, is part of the Ministry of Health and Family Welfare and regulates drug manufacturing, importation and quality control of drugs in Bangladesh as well as sets prices.  The government has given support to the manufacturing industry for decades.  It adopted The Drug Act 1940 in 1974, originally adopted by the Indian government in 1940, and later by the Pakistani government in 1957.  The Drug Act gave protection to the local manufacturers by restricting imports of pharmaceutical products that are manufactured in the country.  It remains likely that import restrictions will stay in place, and local companies will continue to dominate the pharmaceutical market.

The drivers behind market growth based on some health indicators are:

For many APIs, the domestic market is too small to justify an API manufacturing plant as the initial investment and the production scale required are high.  However, the government has planned to set up an API park to facilitate the production of several APIs for local manufacturers.  Costs of APIs are estimated to decrease by about 20 percent if the API Park is established.  Work for establishing an API industry park is progressing, albeit slowly, at Gojaria in Munshiganj.  A total of 42 industries will be set up in the park, which will hold the potential to significantly boost the pharmaceutical sector in the country and create employment for more than 35,000 people.

Multinational and large national companies generally follow current good manufacturing practices (cGMP) including rigorous quality control of their products.  This offers significant opportunities for U.S. firms to partner with Bangladeshi companies to produce for domestic or international markets.  The pharmaceutical market trend is shifting toward unconventional drugs where there is greater opportunity for foreign investment.  The areas of primary demand are:

Approximately 85 percent of the medications sold in Bangladesh are generics and 15 percent are patented drugs.  Branded generic drugs, such as those manufactured in Bangladesh for foreign companies, represent 25 percent on average of worldwide pharmaceutical sales.  However, given the increased demand from emerging markets like China, India and Latin America, branded generic drugs may well dominate total sales within a decade.

Statistics is taken from www.export.gov/article?id=Bangladesh-Pharmaceutical