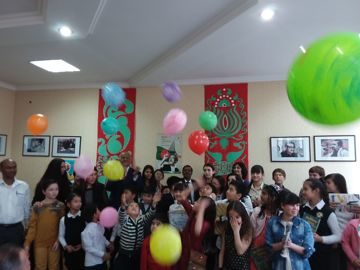 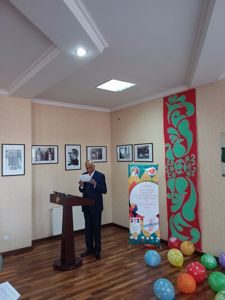 Embassy of the People’s Republic of Bangladesh in Tashkent celebrated 97th Birth Anniversary of the Founder and Father of the Nation Bangabandhu Sheikh Mujibur Rahman and National Children’s Day with solemnity and great respect.

To celebrate the event in a befitting manner, Bangladesh Embassy in Tashkent held two music contests among students of Mirzo Ulugbek International School and Tashkent International School, on 4th and 14th March respectively, which involved instrumental and vocal performances of more than 20 children. For professional evaluation of students’ performance Bangladesh Embassy invited renowned music experts of the Republic of Uzbekistan as jury. Winners of the contests were invited with their parents to Bangladesh Embassy on 17 March, 2017 when they were awarded with certificates of recognition and memorable gifts. 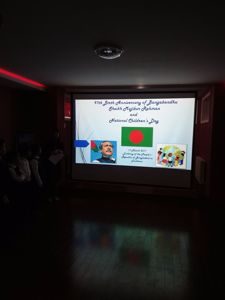 To pay tribute to the memory of Bangabandhu, Bangladesh Embassy screened a short film on the Father of the Nation’s early life and outstanding achievements. Following the film, H.E. Mr. Mosud Mannan ndc, Ambassador of Bangladesh to Uzbekistan read Messages of the Hon’ble President and Hon’ble Prime Minister of Bangladesh on the occasion and delivered a speech drawing parallel between life of the Great Leader of Bengalis and children of Bangladesh. 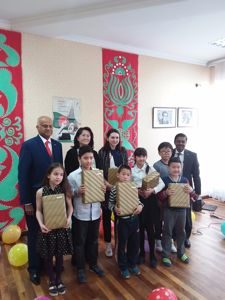 Messages of the Hon’ble Minister of Foreign Affairs and Hon’ble State Minister of Bangladesh were distributed to the gathering.

Besides winners of the music contest, Bangladesh Embassy invited children from the Association of SOS villages of Uzbekistan and Orphanage for mentally challenged children “Muruvvat”, which made the event indeed festive and children oriented. After awarding the winners, H.E. Ambassador Mosud Mannan ndc presented gifts to the children present and wished them every success and happiness. Ambassador also handed over gratitude letters and gifts to the jury.

The event was graced with presence of Mr. Atul Kumar – Chief of Communication of UNICEF Representative Office in Tashkent, representatives of national cultural centers in Tashkent, Uzbek cultural activists, mass media and Bengali Community in Tashkent. 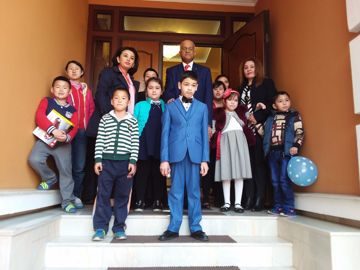 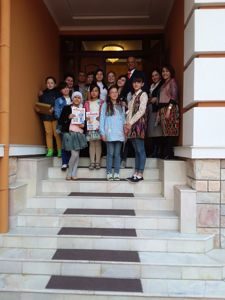